As a leader for Jobs for Life, a faith-based community group in Raleigh, I get a front-row seat to the devastating realities and consequences of our punitive criminal justice system. This system has created a growing underclass of people trapped in poverty, and people of color are being incarcerated on a staggering scale. Breaking this cycle of marginalization requires solutions that restore relationships rather than perpetuating poverty and dependency, because poverty and dependency make rehabilitation almost impossible.

When people hit hard times — whether through job loss, misfortune or their own mistakes — their relationships break. Well meaning people and organizations seek too meet the sufferers’ basic needs, but this often causes them to lose their dignity. Even worse, such organizations tend to foster dependence. As a result, sufferers lose their ability or motivation to fend for themselves.

Relationships are also broken when someone commits an offense against another person. The state steps in to administer punishment for the offense, but they often fail to work to reconcile the victim and the offender. In addition, the war on drugs deems drug use as criminal. This attempt to curb drug use only leads to more people caught up in our criminal justice system, perpetuating a cycle of broken relationships.

There is a better way. Organizations such as mine mobilize churches to address the effects of joblessness and incarceration not through handouts, but through the dignity of work and building mutually beneficial relationships through mentorship. Helping someone obtain and keep a job is immensely more effective at alleviating poverty than creating dependency. It’s also more effective than criminalizing behavior that could better be addressed as mental illness or addiction issues. True rehabilitation occurs when we take the time to treat root problems and restore broken relationships — not seek quick fixes.

Helping someone obtain & keep a job is more effective at alleviating poverty than creating dependency.

The organization I serve helps restore relationships. We equip leaders to serve as mentors to those suffering chronic joblessness and poverty. Students and mentors learn how to remove obstacles that prevent them from obtaining and keeping good employment by focusing on identity, character and community. Oftentimes, the roles reverse. Mentors become students when the students’ gifts and talents are revealed and given a chance to blossom. Through friendship, networking and a comprehensive curriculum, students overcome mountainous obstacles and obtain meaningful employment.

However, the obstacle of incarceration is proving to be one of the toughest to overcome. More and more, we are experiencing the creation of an underclass of people of color permanently locked up or locked out of American society. Part of the challenge of solving this problem is that so few people are aware of it — especially in the faith community.

Let’s shine a light on the problem — and work towards a solution.

Over 4,000 students graduated from Jobs for Life classes last year, with 64 percent gaining meaningful employment. A large percentage of these graduates were formerly incarcerated. These formerly incarcerated students experience rising joy, hope and trust as they awaken to their own inherent dignity — and they discover that people are genuinely concerned about them and willing to walk with them.

Yet, more often than not, that light flickers, dims and disappears as the reality of the systemic obstacles presented by our broken criminal justice system take hold.

While Jobs for Life is giving over 5,000 people a shot at redemption through its program every year, the sheer number of people caught up in our criminal justice system and experiencing the effects of incarceration is overwhelming. The problem seems impossible to overcome.

Let’s move into the 21st century by restoring broken relationships, addressing root problems, and empowering people to stand on their own.

A version of this post was published as an op-ed in the News & Observer. 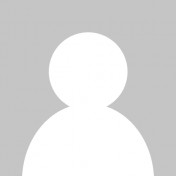 Byron is the Director of Content and Training for Jobs for Life. He equips churches around the world to understand, implement and embrace Jobs for Life in their communities.

lover, seeker of Peace for all!
Between Jon Bellion's powerful song, the Good in Me and a visit to the Jim Henson Exhibit, Imagination Unlimited at… https://t.co/P0wPepch8C - 3 weeks ago