One Race or Many? Reflections on Dr. Joshua Swamidass’ Lecture on Genetics, Human Origins, and Race

Dr. Arthur F. Holmes famously quipped that “all truth is God’s truth.” I was reminded of this veritable statement while listening to Dr. Joshua Swamidass’ recent lecture (along with the students in my Race Relations in America course) at the L. Russ Bush Center for Faith and Culture on September 21. Specifically, Dr. Swamidass reminded me that Christians can be confident that God’s truth is indeed true, even when tangible evidence of that truth is not present.

In his lecture on what genetics tells us about human origins and the concept of race, Dr. Swamidass highlighted the crisis faced by the church in the aftermath of Columbus’ “discovery” of the Western Hemisphere in 1492. The existence of aborigines in previously unknown lands seemed to undermine the Bible’s assertion that all mankind descended from Adam and Eve. However, when confronted with this unprecedented challenge to the veracity of the Genesis account, church fathers continued to defend monogenesis (the theory that all humans descended from one couple), even when they could not explain how antipodeans could have possibly descended from Adam and Eve. They trusted that the truth of human origins, once established, would correspond with the Scriptures.

We are all one race. And this should shape the way we view, treat, and think about those who look, think, and act differently than we do.

Dr. Swamidass, who is associate professor of laboratory and genomic medicine at Washington University in St. Louis and author of The Genealogical Adam: The Surprising Science of Universal Ancestry, demonstrated that genomic science supports the Biblical account of human origins that church leaders believed to be true, but could not verify as true in their lifetime. This genetic evidence further supports what we now know about non-extant land bridges and ancient sea voyages that make it clearer now how aborigines from America to Australia could have descended from Adam and Eve.

Dr. Swamidass explained that the study of human genetics shows that there really is only one true race: the human race. We are all descended from the same couple, and that couple, according to mathematical calculations, may have walked the earth as little as 4,000 years ago. Consequently, Dr. Swamidass asserted, everyone is kin to everyone else. Genealogically, Asians, Europeans, Africans – all humans – are related to one another. While such a conclusion may appear “surprising” to many, as alluded to in the subtitle to Dr. Swamidass’ book, this claim was readily expected and accepted by church leaders because the Scriptures say as much. Act 17:26 says it plainly: “From one man He has made every nation of men to live all over the earth and has determined their appointed times and the boundaries of where they live…” (CSB). In speaking to current issues, and the topic that my students and I are focusing on this semester, Dr. Swamidass concludes that biblically, as well as genealogically, there is no such thing as interracial marriage. We are all one race. And this should shape the way we view, treat, and think about those who look, think, and act differently than we do. They are, despite the differences, essentially our brothers and sisters. 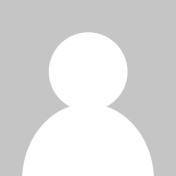